Song of the Week: "This is Love (Feels Alright)" – Camera Obscura

I Love That Angst

I've been forcing myself into drawing more often simply because I haven't been doing much drawing in the past 4 years (pretty much after I changed schools). And from doodling random things, I've realized that I really like drawing angsty teenagers (mostly women). I'm pretty sure it's my way of expressing my feelings through my characters. From this, I have a couple of zine ideas lined up. I just need to finish all my work for the Renegade Craft Fairs before I get to work on them. 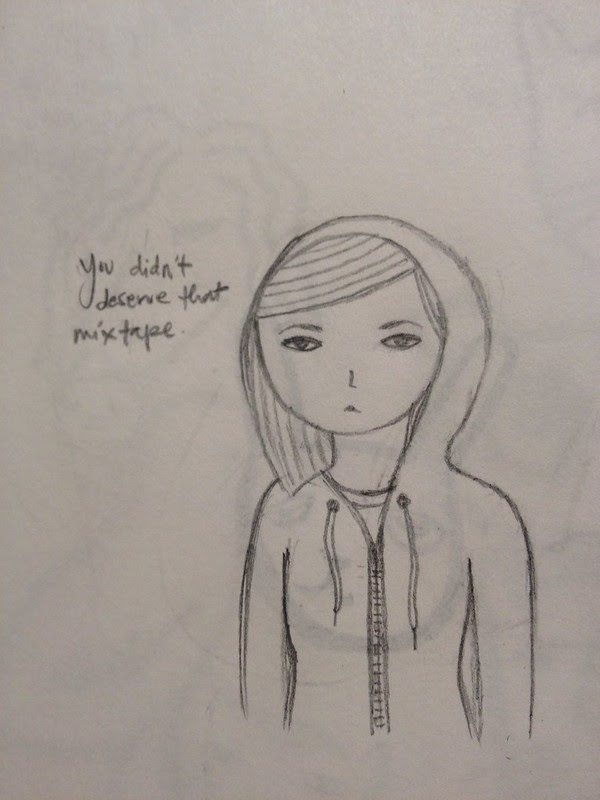 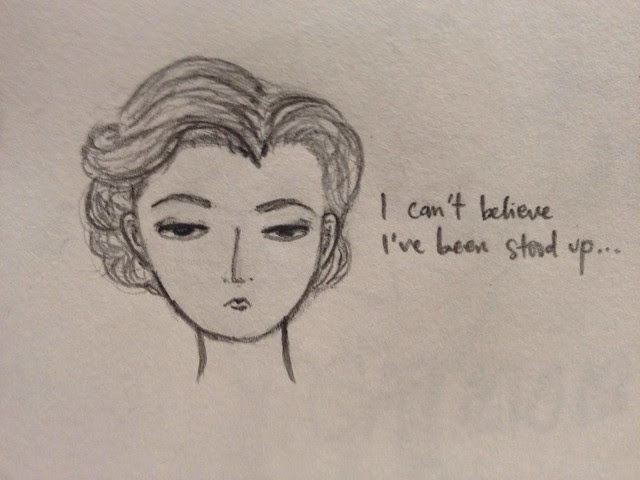 Today, Kevin and I decided to take a little walk around the neighborhood. A few years ago we used to ride our bikes around in the summer, but never really explored it on foot. Kevin lives in a little neighborhood of Alhambra called Midwick Tract which we didn't even know was its name until about two years ago. It sits just one mile east from the Cal State LA campus, but it's most known for its famous former-resident—record producer, Phil Spector. Just a couple blocks down from Kevin's house is Phil Spector's Pyrenees Castle.

And this is about as close as you can get to it. It's surrounded by so many tall trees that you can't even see it from the outside. Sometime after his murder trial the words "Phil Spector's" were removed from the sign. 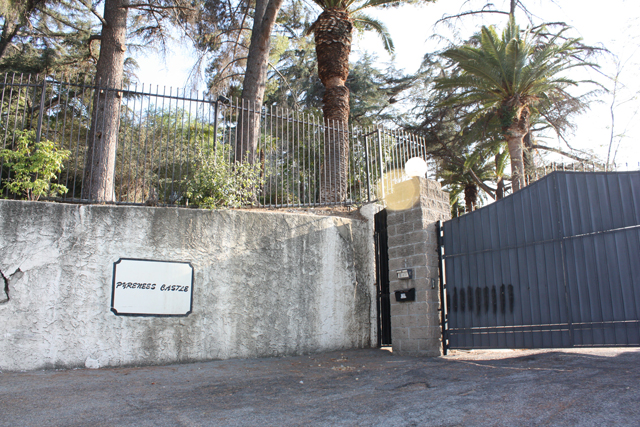 Our walk around the neighborhood quickly turned into a "let's take pictures of houses without being creepy" kind of trip. 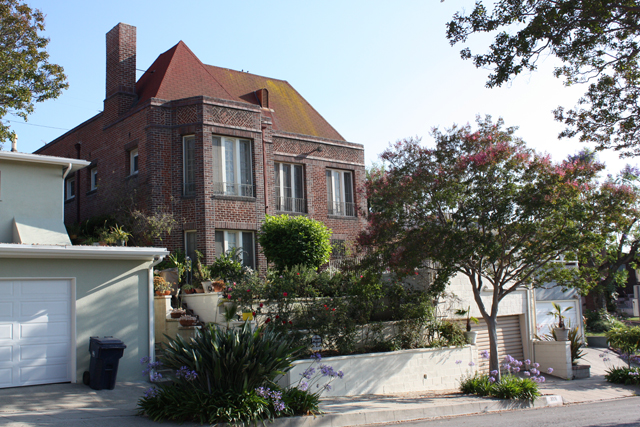 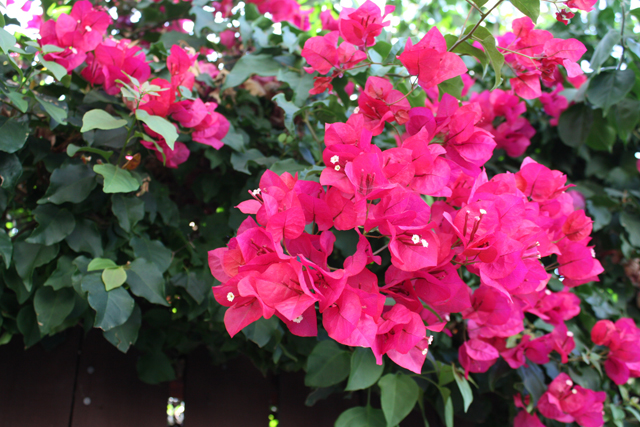 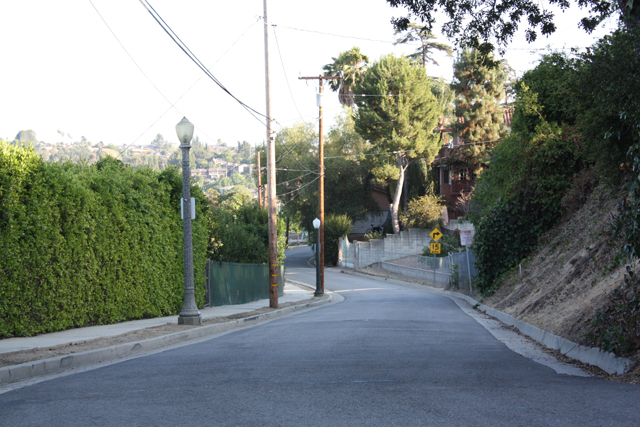 We stumbled upon the only mid-century modern house in the neighborhood which was surprisingly on sale at an affordable $679,900 for 3 bedrooms/1.75 bathrooms. I loved the stairs on the exterior of the house. 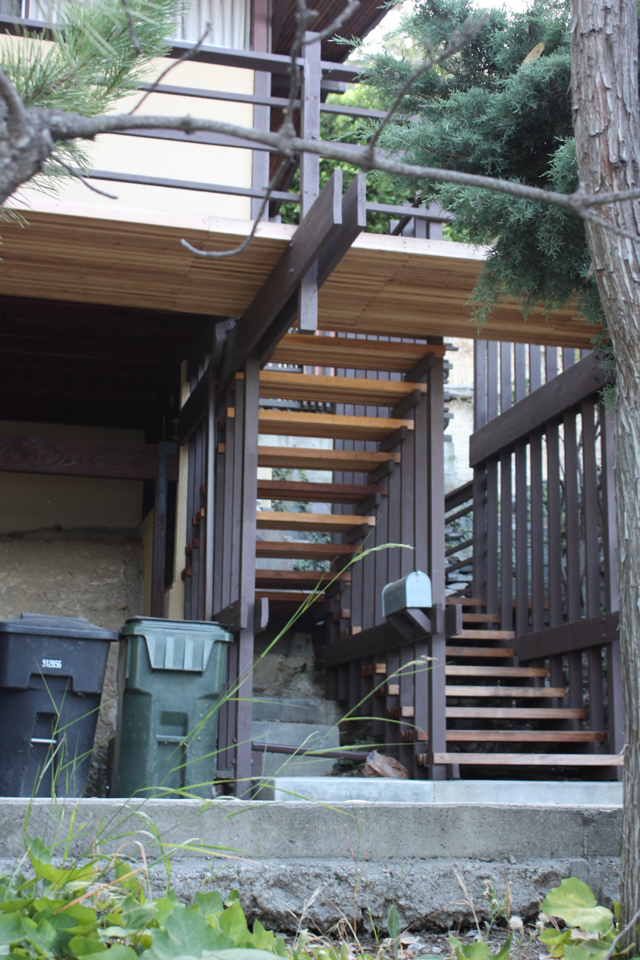 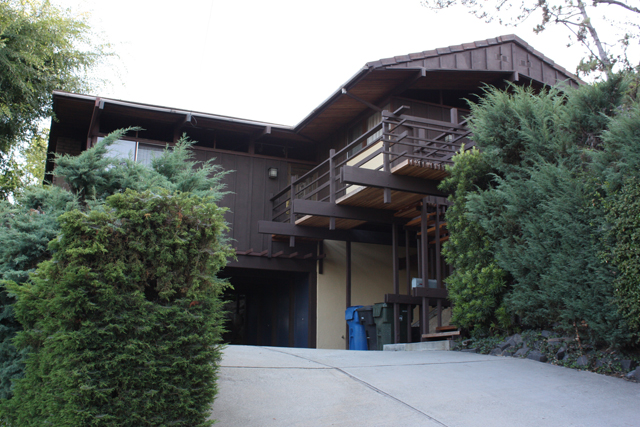 And then Kevin showed me this house that he just refers to as "the house on stilts". It's the tallest two-story house in the neighborhood. They obviously cheated.

It was nice to use a real camera again instead of constantly relying on my iPhone. If you haven't explored your neighborhood lately, I think you should go for a walk! Have a great week everyone!
Tags: alhambra , homes , neighborhood
0 comments

The Start of Summer

This Friday marks the official start of summer, but the weather has already been heating up here in southern California. Yesterday, I dropped off product for the Craft Happy Handmade Pop-up that's running in conjunction with the Craft Happy Retreat. It's the first of several events I'm participating in this summer. 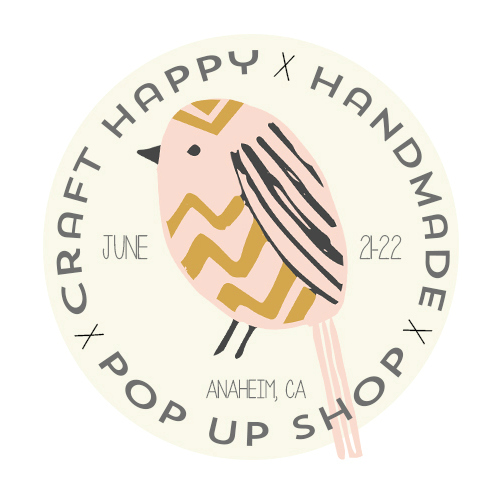 After, Kevin and I stopped by Joe's Italian Ice to beat the heat (and because we were in the area). The flavor choices were a bit slim this time, so I stuck with the always-good strawberry. I got a Joe Latti, which is your choice of any flavor of Italian Ice layered with ice cream.

Yesterday, I also finished up another freelance project which gives me more time to concentrate on the shop again. But I still have a lot of work ahead of me as I prepared for the two biggest events I'll be doing this summer: Renegade Craft LA + SF. Mark your calendars for July 20-21 Booth #173 (Los Angeles) and July 27–28 Booth #41 (San Francisco). I hope to see some of your wonderful faces there! 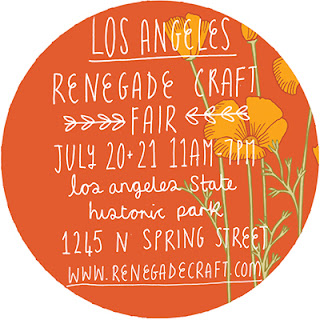 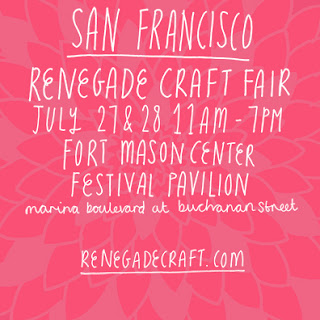 As if I don't already own enough tote bags, I'm currently loving this tote by Isabel Reyes Feeney. Isabel is an illustrator from Madrid, Spain who draws a lot of people, animals, and other whimsy things. The illustration on the tote features two of my favorite things: geometric shapes & sad people (well, in this case, person). I absolutely love the simplicity and clean lines with just a tiny touch of color in the hands and feet. 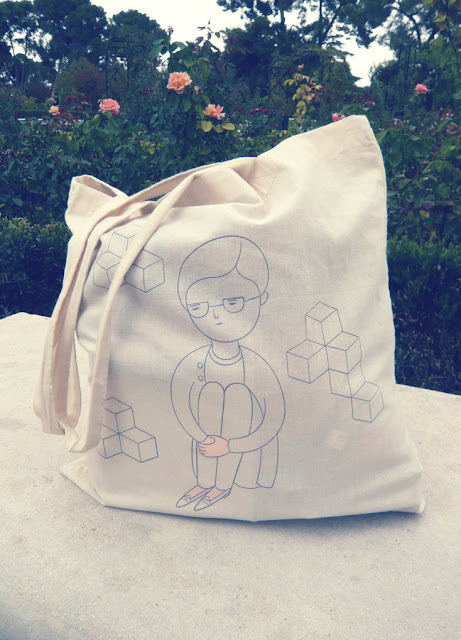 Sandwich of the Day: Pulled Pork

After going bungee jumping for his early birthday present to himself, Kevin and his friends went to pig out on some BBQ. He brought me back this pulled pork sandwich. 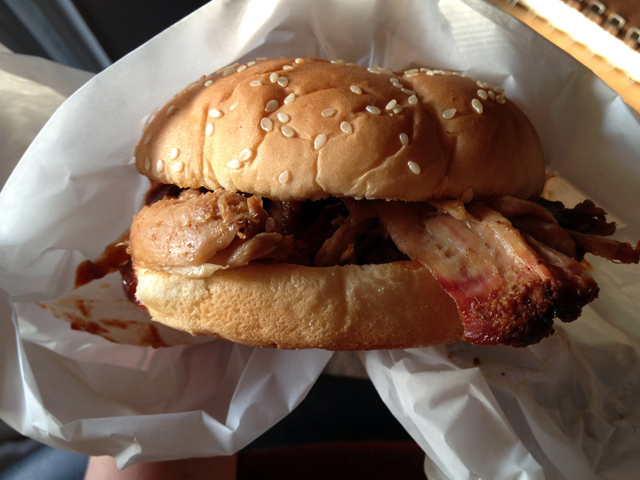 Half way through, it became apparent how dry it was and so, I sauced it up a bit. 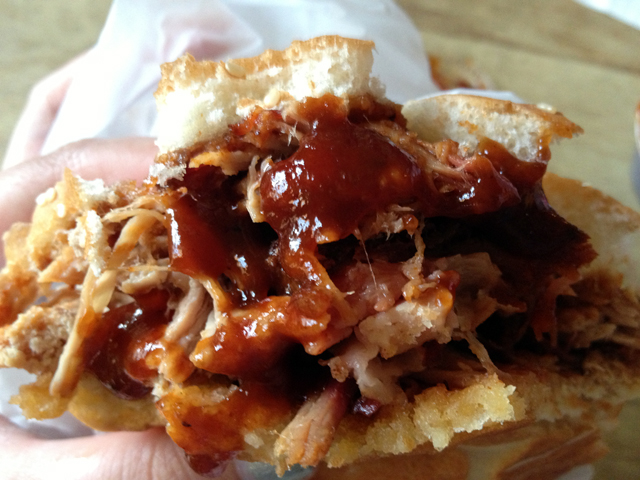 
This week has been a bit laid back. I'm currently in between freelance projects so I'm trying to use up all my free time to concentrate on stuff for Renegade Craft. I've mostly been listening to a lot of Camera Obscura's new album Desire Lines while I work. But I've recently fallen in love with "Razzle Dazzle Rose" off of their 2006 album Let's Get Out of This Country. The sound just makes me feel like hopping in a car and taking a road trip up the Pacific Northwest. But I know right now is not the time for me to be taking a vacation with everything that's been going on. Hopefully, I'll get to take a trip soon.
Tags: camera obscura , music , song of the week
0 comments

New in the Shop: Miss You Card

For months, I had a sketch of this just sitting around in my sketchbook. And I kept telling myself that I need to make a card of it…and I finally did. Now available in the shop! 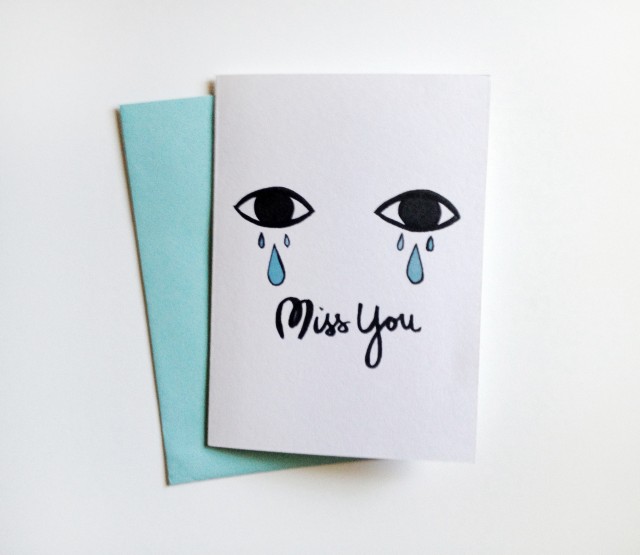