For Sunday brunch, I took a trip over to The Pie Hole with Kevin and Steve. I've been meaning to go back since my last time there was on my last day at American Apparel, which was back in December. And typical me chose to drink Dr. Pepper while everyone else drank coffee. 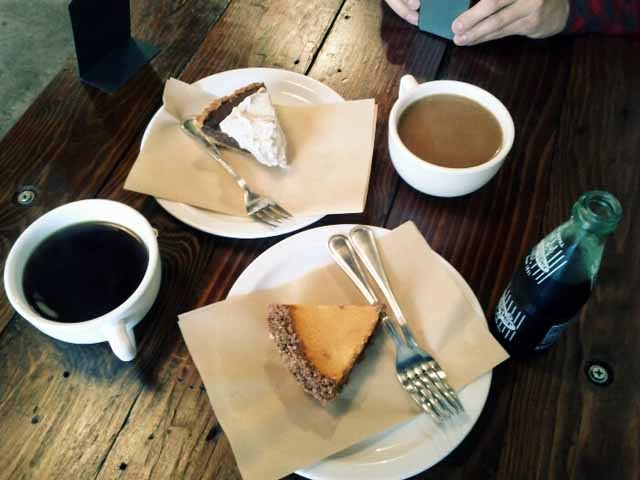 We got a slice of the Thai Tea pie which was the special they had for Pie Day (March 14th). I didn't expect that they would still be making it, since it was supposed to be a special. It's a layer of Thai tea filling and coconut on a chocolate rice krispie crust. The Thai tea flavor of the filling was pretty light but it was delicious nonetheless. 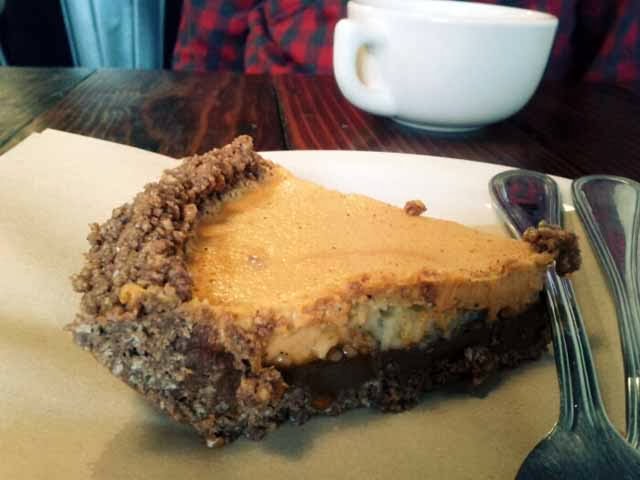 The special pie of the day was the Mexican Hot Chocolate and it was really rich and decadent. The vanilla bean whip cream was totally necessary to balance out the richness of the chocolate fudge filling. The crust was like a salty graham cracker crust that went perfectly with the sweetness of the fudge. Then for our actual meal, we had the brisket hand pie and the chicken pot pie. 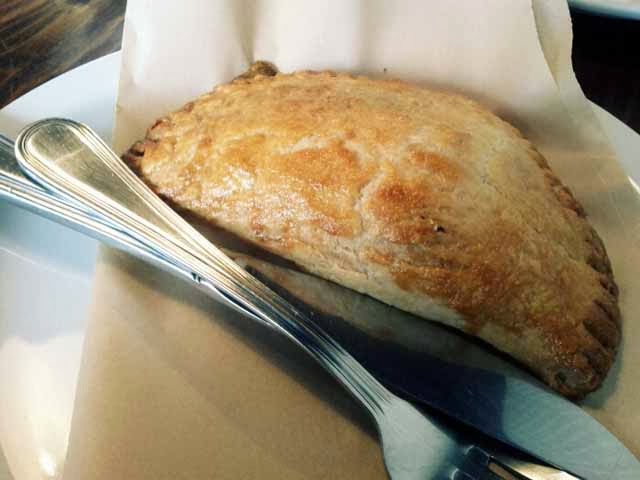 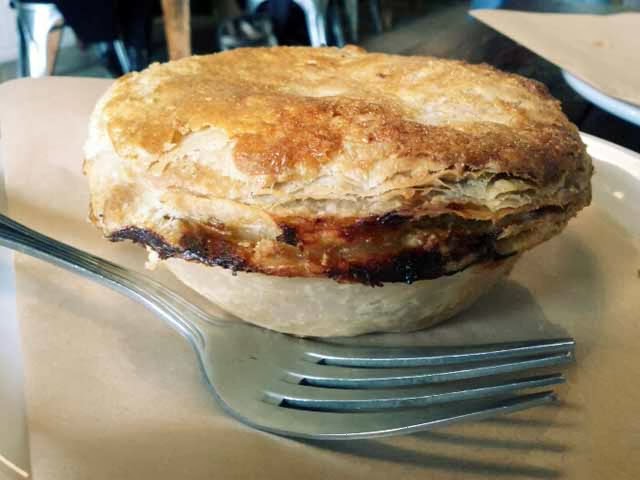 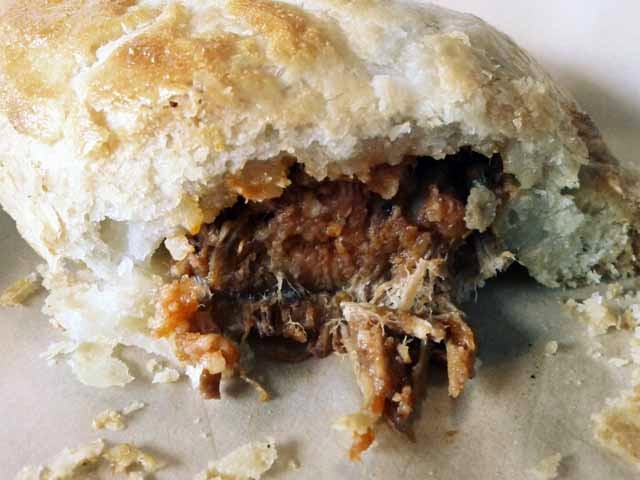 Between the two meat pies, the brisket was definitely the best. They also have a mac & cheese hand pie which is also delicious but it would be amazing if they just mashed it together with the brisket.
Tags: food
2 comments

On Sunday, after having an epic brunch with some close friends, Kevin and I decided to take on the Long Beach Antique Market. It happens every 3rd Sunday of the month and I've heard many great things about it from friends and acquaintances, so we really made an effort to wake up early to make it over. When we got there, the number of vendors was a little sparse due to the weather days before but there was still a good selection of awesome stuff. Here's a glimpse at our shopping adventure. 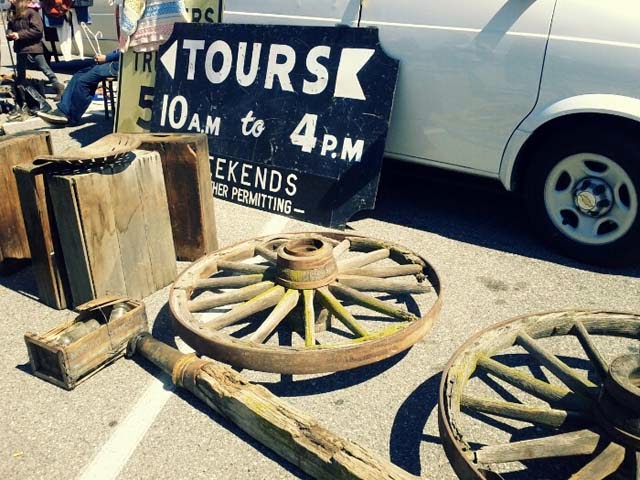 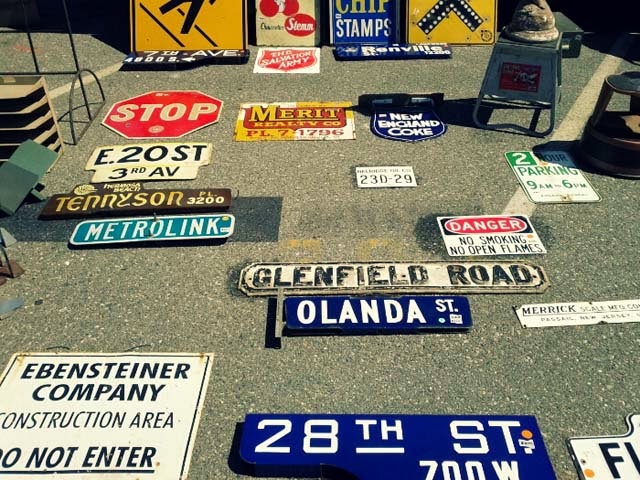 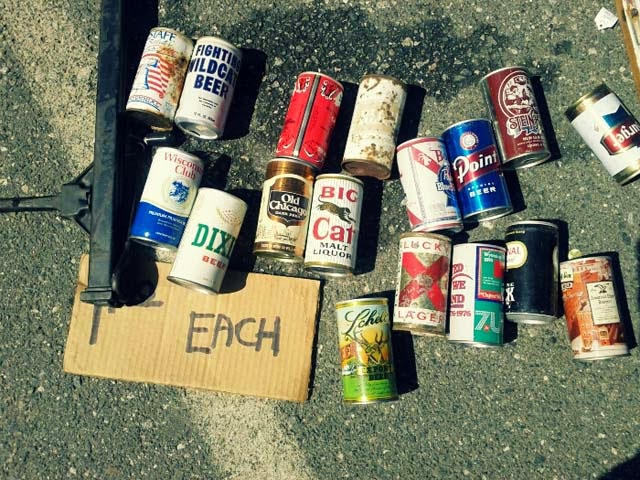 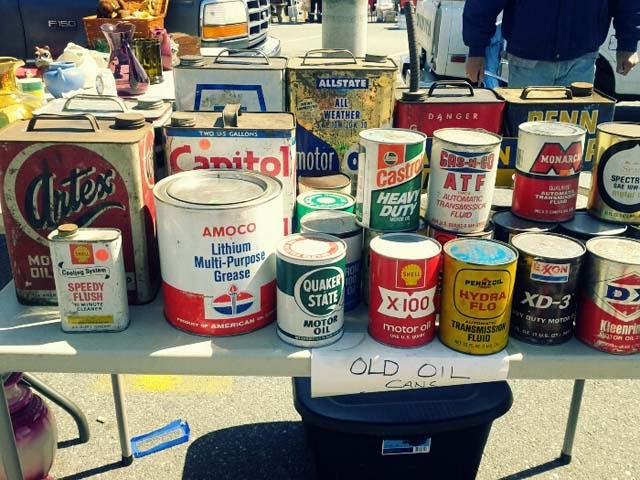 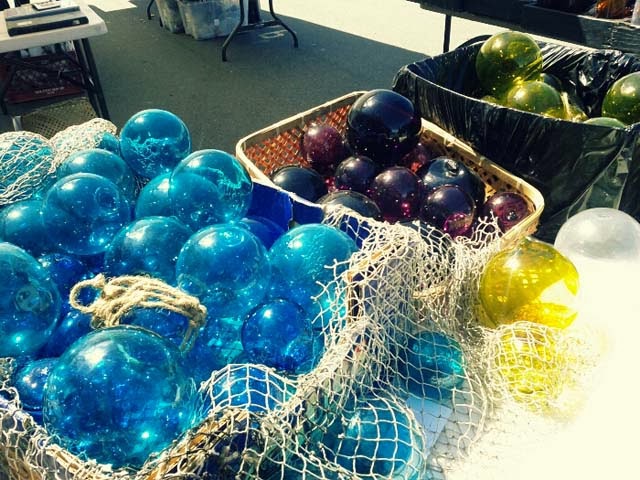 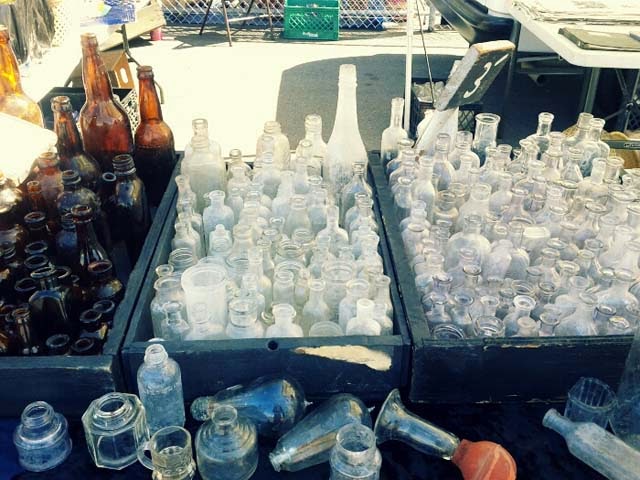 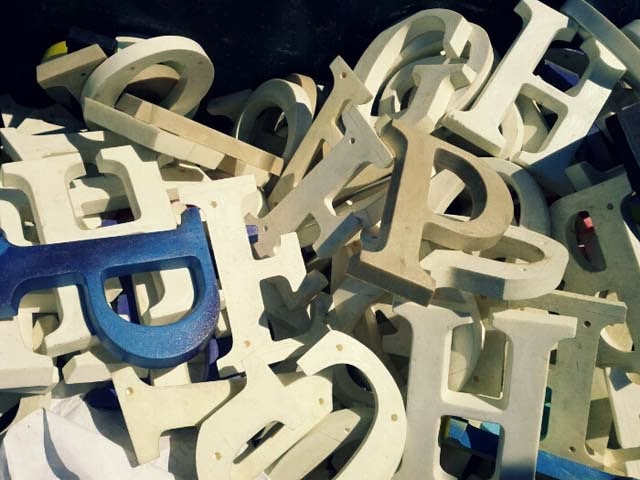 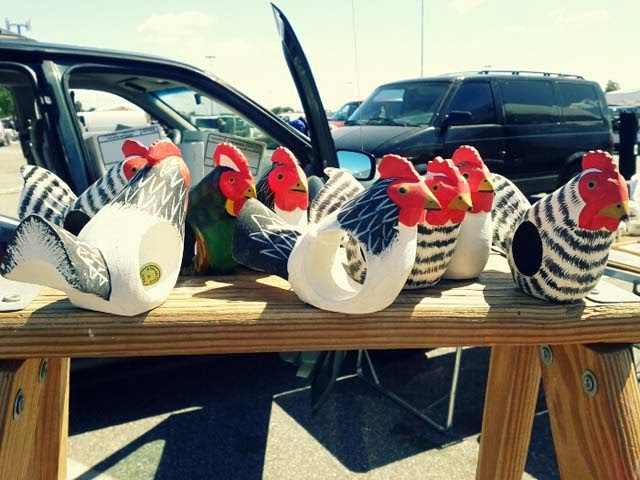 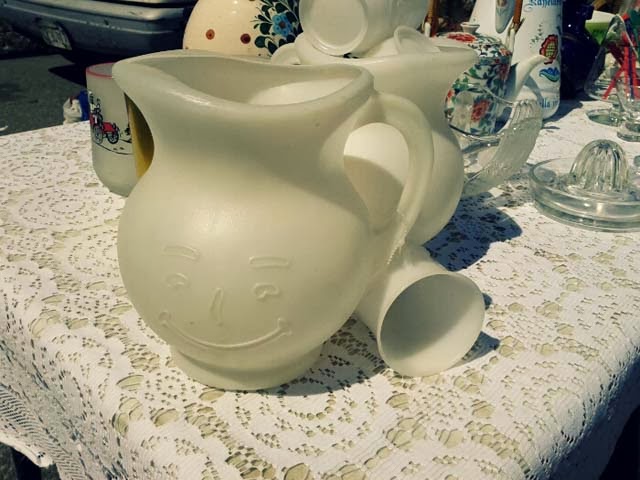 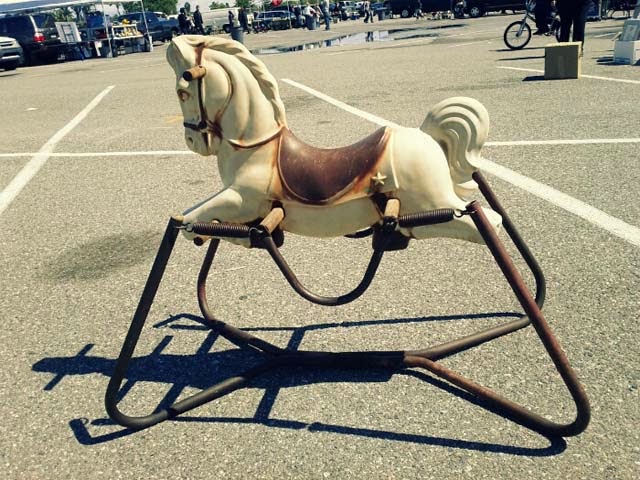 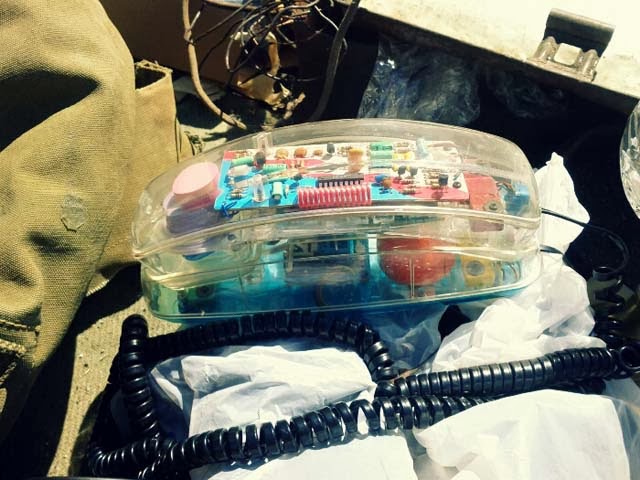 Although there were less vendors than usual and few of the vendors packed up early, it was all still really overwhelming. I managed to snag some sweet deals from a couple of the vendors who wanted to pack up early. 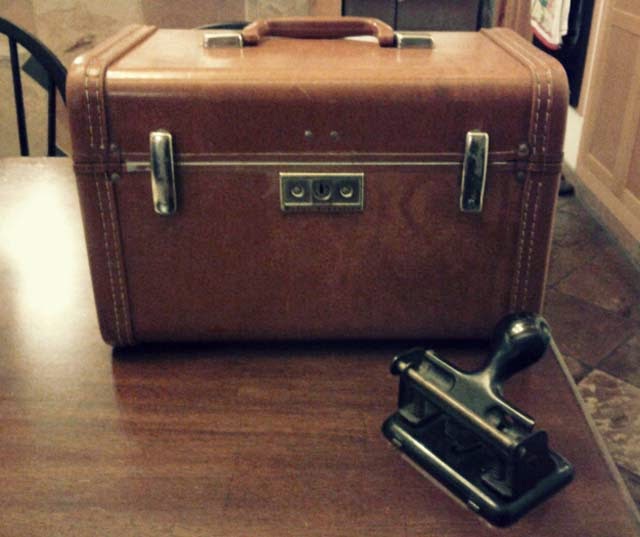 I was really excited to have finally purchased a train case (which I've been wanting for a while) for $15. Most of the ones on eBay run $45-80 and aren't in very good condition on the inside, but this was was really clean and didn't have a gross, funky smell. YAY! And then for the serious business setup that I will one day have, I bought a $12 2-hole puncher. Shortly after buying this, I turned to Kevin and said. "Now I just need an old pencil sharpener and I'm set!"
Tags: flea market , sunday
0 comments 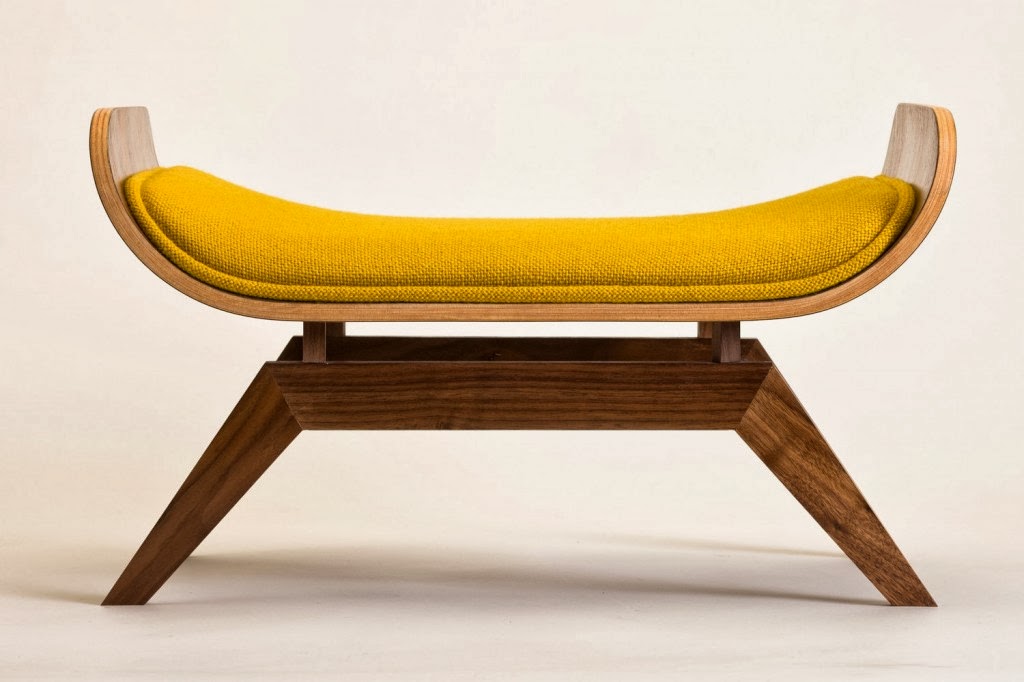 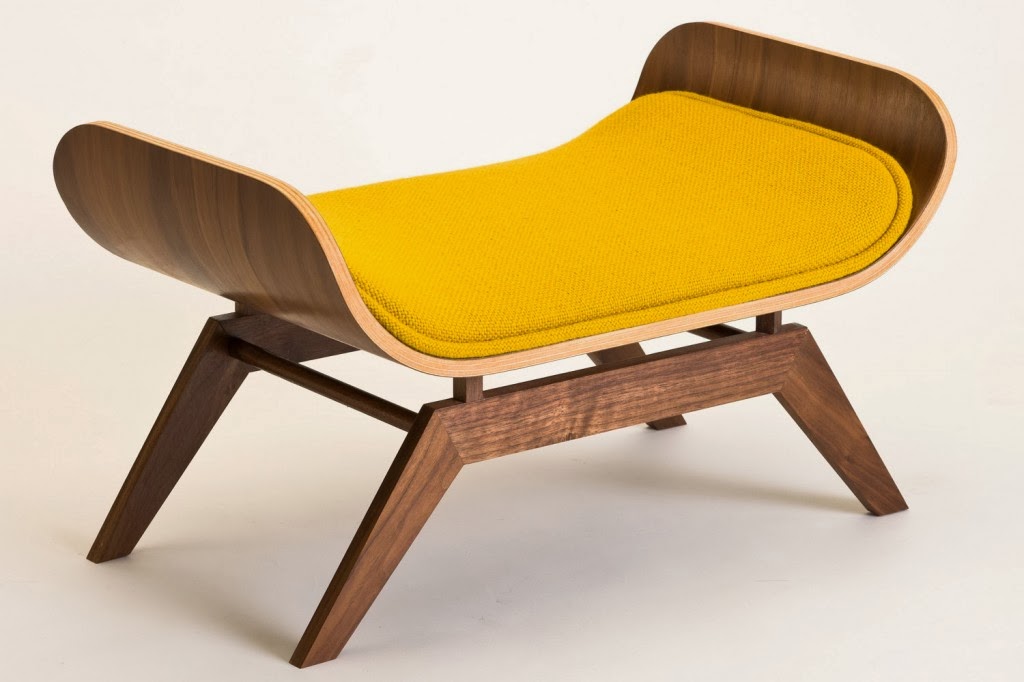 I've been loving Fab.com's themed shopping days. Every Thursday is now Pets Thursday on their site. Last week this gorgeous lounge popped up in a sale from CANOPYstudio. I don't remember how much they had it for, but at $790 regular retail Sebastian would really be living the life. I can only dream of a life where my cat's furniture is as sweet as my own. Baby steps.
Tags: around the house
0 comments 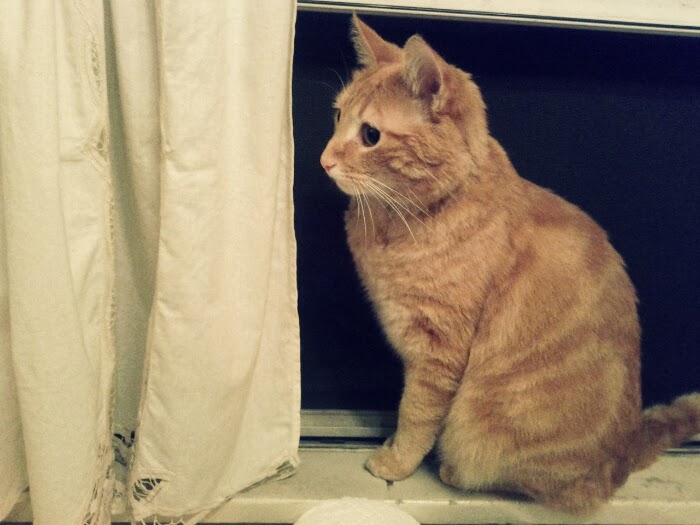 As the clock dwindles down on this semester, I can't help but think of what life will be like after. I'm finding it hard to believe that it's already March. May is fast approaching and I'm not really sure how I'm going to make it through these next couple of months. But I can't wait. Sure I'll be saying bye to summer vacations and hello to work, but I'll be saying goodbye to assigned school projects. I'll finally have the time to work on all the side projects I have saved up because I'll finally be able to leave work at work. That's the one thing I hate about school. As much as I love working hard, I hate the amount of time I spend working on school projects outside of school. And as much as I love my school friends, I'm tired of being around designers all day. Outside of school, most of the people I hang out with are illustrators/artists, bloggers, makers/small business owners, etc. Everyone is different and quirky in their own way. And we just sit (or stand) around talking about food or pop culture or random things.


I was reading The Fox is Black the other day, and Bobby mentioned this quote from How To Steal Like an Artist by Austin Kleon:


It helps to live around interesting people, and not necessarily people who do what you do. I feel a little incestuous when I hang out with only writers and artists, so I enjoy the many filmmakers, musicians, and tech geeks who live in Austin. Oh, and food. The food should be good. You have to find a place that feeds you – creatively, socially, spiritually, and literally.

Even if you set up a new home, you need to leave it now and then. And at some point, you just need to move on. The good news is that nowadays, a lot of your peers are right where you left them – on the Internet.

I've been ready to move on for a while now and I'm just growing extremely impatient for the coming months. I'm looking forward to returning to a life that doesn't involve sitting at a computer all day.
Tags: future talk
0 comments

This has been circulating all around the interwebs today and it's just so perfect. I never thought how awesome "This Charming Man" would sound to the beat of 8-bit.

It's been Dr. Seuss overload for the past few days. Just two days ago, it was Dr. Seuss' birthday which is also labelled as National Read Across America Day. And on Friday, The Lorax hit theaters nationwide. As if there wasn't enough Seuss going around, Gallery Nucleus opened their Dr. Seuss Tribute Show Look at This, Look at That last night.


Just hours before the show opened, my friend Zane Yarbrough was finishing up the Lorax-themed wall. 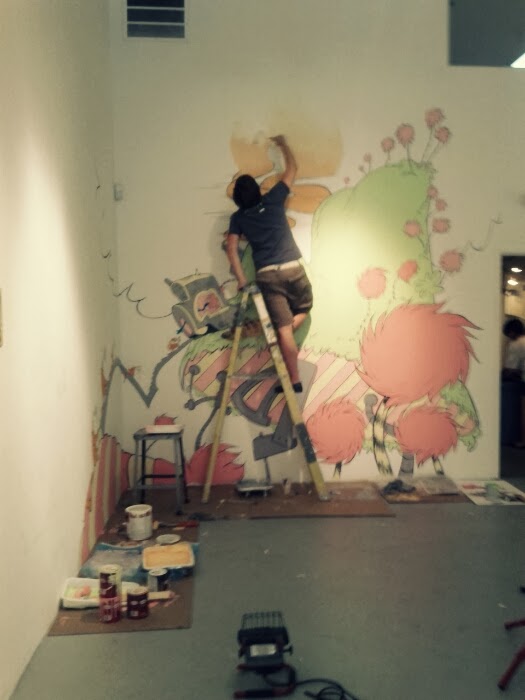 Here's a peek at a few of my favorite pieces from the show:


I just love Joey Chou and within the last year, things have been blowing up for him. I first met him when he had a small little solo show at Flock Shop. Then I heard the big news that he was asked to be the illustrator for It's a Small World, although he already had a day job at Nickelodeon. And then came the subsequent shows at Gallery Nucleus, Giant Robot, and Leanna Lin's Wonderland. Things don't seem to be slowing down at all for him and I'm happy that he's getting a lot of attention because his work is pretty awesome.


Mall(May Ann Licudine) is another artist who I absolutely love no matter what she does. She lives in the Philippines where she makes most of her living off of doing commissioned pieces. She started off doing super vibrant & super detailed illustrations and recently started transitioning into these mixed media/3D pieces. You can see this lovely piece in progress over at her blog as well as her other piece in the show.


If you're in the area, I definitely recommend checking out the show. It's up until March 24th.
Tags: art , weekend
0 comments