I was born in El Monte, roughly 20 minutes east of Downtown Los Angeles (when there isn't traffic!) and lived resided there for the first 22 years of my life. Every week we would go to Thrifty (long before it became Rite-Aid) for hand-packed pints of ice cream. It was just a few streets down from our house and I used to love the novelty of their cylindrical ice cream scoops. The favorites in our household were butter pecan and pineapple coconut, although my personal favorite back then was mint chip. Thrifty's ice cream isn't the best in the world but it's good for the price. The factory was just about 5 miles from our house, so we had a bit of pride in supporting a local business…especially since it was the only thing to be proud of in El Monte. I miss those days.

Five weeks have passed since I started my final semester of my undergraduate career. And it's starting to really hit me right about…NOW. Soon enough, I'll have to start worrying about the real responsibilities of growing up: constantly having an income, what my job means to me, putting a roof over my head, working out relationships (with family, friends, and significant others) around work schedules…But on the other hand, I'm ready to get back to a life that I've missed. I want to go back to having time to read and to enjoy the hobbies I've abandoned because there's never enough time. I want to spend time with the people who really matter and let them know I haven't forgotten about them.

This is all coming very quickly. I've spent most of the week listening to what would've been on my mixtapes back in the mid-90s. At one point, I felt like I was blasting the Lilith Fair lineup…minus Sarah MacLachlan. I've come to realize just how much I love Natalie Merchant's Tigerlily; I could just listen to it for days!

Now with just ten weeks left of the semester, there just never seems to be enough time to get everything done. There's nothing left to do but to suck it up and just get to it…and get through it.
Tags: recap , thoughts , week in retrospect
2 comments

Song of the Week: Why Don't You Find Out for Yourself

Just a day or two ago, my best friend Nisa messaged me just to let me know that she had been listening to Morrissey all day. She said it was bumming her out, but she couldn't stop listening. We laughed although we felt like we were laughing at something that shouldn't be funny. We reminisced about our high school years and how 8 years later, not much has changed. We're still chasing our ideals and looking far & wide for some deeper meaning to life knowing that we may never find it…and we're ok with that.

The weekend started Friday with a pretty chill day at work. We were getting ready for PROJECT and (capsule) this week in Las Vegas. Instead of spending the day at the computers, we were running errands and mocking up new packaging. When it came time for lunch, we stopped by Cream Pan where I picked up this delicious Tonkatsu Sandwich. Tonkatsu is one of my favorite things in the world and for those who are unfamiliar with it, it's panko-breaded fried pork cutlet. But what made this sandwich awesome where the combination of the cucumbers, tomato, cabbage, lettuce, and dressing. It was the perfect refreshing contrast to the meaty fried goodness. 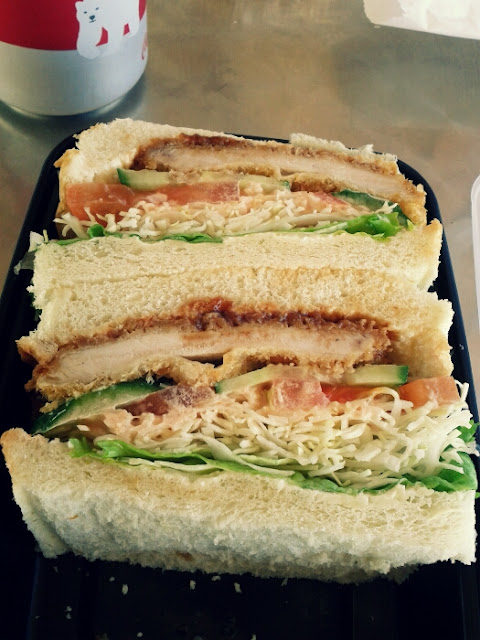 And of course, I had to follow that with some delicious dessert. Cream Pan is known for their strawberry croissants. They're light and airy croissants filled with vanilla custard & sliced strawberry. It was the perfect balance of flakey outside and gooey inside. 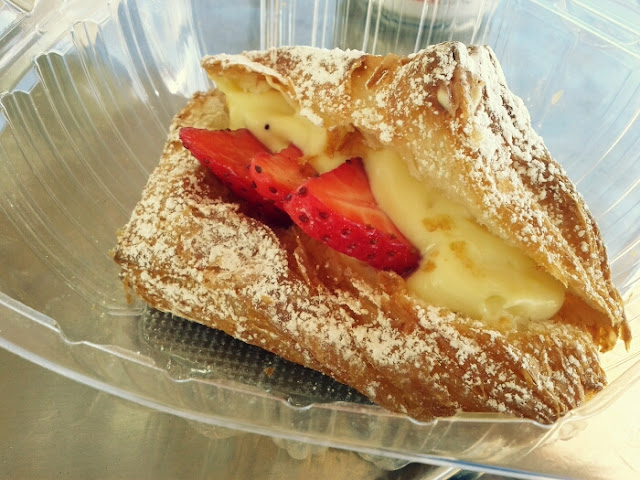 After work, I met up with Kevin and we went to Zankou for dinner. Just our typical run of the mill Friday. The only thing missing was a trip to Vroman's. But we started our night a little late so we couldn't make it to Vroman's before they closed. Kevin wanted to try out some new places together so he suggested a trip to D'odici. He was telling me about some of the great cheesecake he had from them recently. So we stopped by and I had every intention to get one of their souffle cheesecakes…until I saw their array of mousse cheesecakes. I totally went for the blueberry one and never looked back. 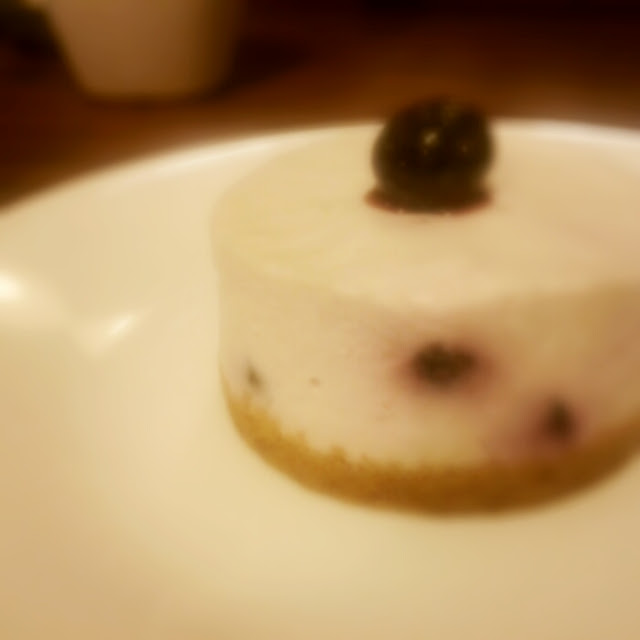 Saturday rolled around and my best friend Nisa was celebrating her 26th birthday. Due to extremely poor timing (thanks to my haircut taking longer than expected), I was only able to stop by her birthday barbeque for an hour before I had to head off to work. Lucky for me, the party was still going afterwards. I met up with her and her boyfriend after his band's performance at a local space in Highland Park. Tacos sounded like a really good idea at the time. And what better for tacos than La Estrella. The Highland Park location is a permanently parked taco truck but they have regular brick & mortar restaurants in Pasadena. I got my usual 3 asada tacos. YUM! 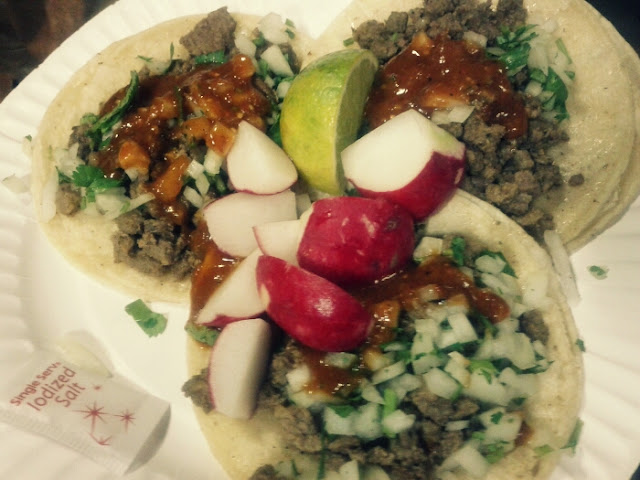 Most of my Sunday was pretty sluggish. I worked two days in a row at Leanna Lin's Wonderland because it was a weekend full of Valentine's Day related events. Afterwards, I was totally famished and met up with Kevin to go to The Coffee Table. But we changed our minds on the way there and ended up at Four Cafe instead. What I love about Four Cafe is that they have a different menu every season. So far, their Summer and Fall menus are my favorite. We ended up getting the Italian sausage soup and the short rib grilled cheese. Everything was good, but definitely not my favorite thing I've ever had from them. Part of me wished we had walked a block down to The Coffee Table. 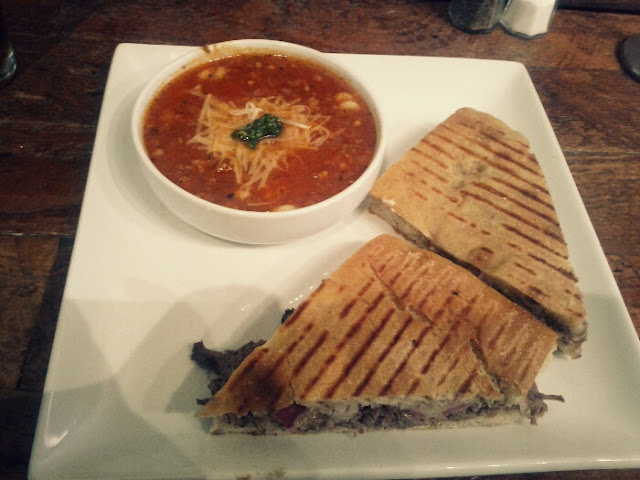