Sherman on his Banana Phone 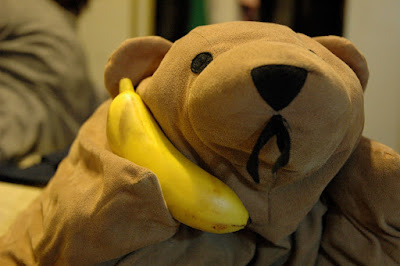 I’ve been spending a good amount of money lately. On things I just couldn’t resist, like the Complete Daria Box set due out May 11th.

It’s about 2 weeks(or maybe even less) left in the semester and there’s still plenty to do, but i’m not all that motivated to do it. I just want my web class to be over with already. It was awesome at the beginning, then after a month it became a real drag. At the beginning of the semester, the semester said that we were going to complete 3 projects. Now we just need to finish 1 and it doesn’t have to even be coded as long as we can clearly show how it will function. I felt like a lot of time was just wasted on tedious busy work.

Even though I got into the BFA program, I still have one more project due for portfolio prep. It’s the “Pie in the Sky” project. Essentially, the project you’ve always wanted to do but never had the chance to do, and it can be ANYTHING! So I’m working on that introspective book that I started on over x-mas vacation. It has gone through a lot of edits and transformations, but it’s been decided that it’s going to be a book of little vignettes instead of being a book that has a chronological timeline. I’m struggling with it a bit. Mostly because I need to struggle with it. I’ve always had trouble talking about myself and I like to think this is a cheaper and more satisfying form of therapy.
Tags: update
0 comments