This week, TeenNick brought back classic Nickelodeon shows from the '90s. A two hour block every night starting at midnight called '90s Are All That. As you may have guessed, All That is part of the line up.  I was never really a fan of All That, but I was excited to be able to watch Doug again. But seeing it now, the stories still hold up. It's only the animation that looks and feels really dated. I'm excited for the coming weeks when they'll be showing Salute Your Shorts, Hey Arnold, Legends of the Hidden Temple, Pete & Pete and (hopefully) some Hey Dude!

All this nostalgia got me thinking about how I used to wake up early on Saturday mornings to watch whatever was on ABC. And one of first commercials to burn itself into my memory was Hershey's Whatchamacallit. I loved the super long ridiculous name! I doubt any kid now has ever heard of it. Hell, I don't even think most people my age remember it.


It was one of my favorite candy bars. I was never able to find the spinoff flavor called Thingamajig.

Next time on the nostalgia agenda: Daria. MTV is already bringing back Beavis and Butthead. Rumor has it, Daria is next. I think Viacom is onto something. It's either that or they're very well aware of the best decade of their life.
Tags: 90s , hersheys , nickelodeon , nostalgia , whatchamacallit
0 comments

Agent Orange in the Window

I was starting to cleaned out all my unwanted/unnecessary files on my hard drive to get ready for the upcoming fall semester when I stumbled upon this: 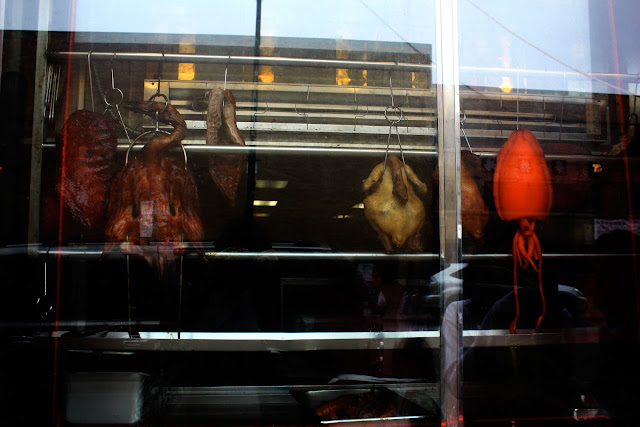 This was taken last June when I was wandering the streets of Chicago's Chinatown. Growing up in the San Gabriel Valley, I was used to the sight of hanging pigs and ducks. But what really struck me was the bright orange cuttlefish. I loved snacking on dried cuttlefish as a kid. It was like the seafood alternative to beef jerky. But never in my life would I thought I'd see one that big... and that orange.
Tags: asian meat market , chicago , chinatown , cuttlefish , fish , orange
0 comments

I will never understand the fascination cats have with bags. Tonight, Sebastian hid himself in a large plastic bag amongst scraps of wrapping paper. It took me a while to find him because he was laying still so I couldn't hear his bell ringing. And the color of his coat blended so well with the color of the paper. 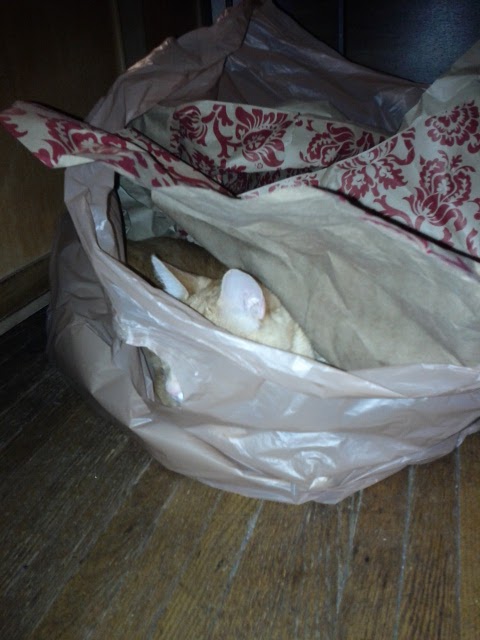 Last Wednesday, I took a trip to San Diego Comic Con with my friend Busc. Being as crowded as it was, I had absolutely no motivation to take any pictures...that is, except for Voltron.

If h is a Chair

I've been in love with these wooden clutches since the day I set eyes on them. They're made by Lebanese designer, Nada Sawaya. Each clutch has a multi-faceted gem-like profile with details ranging from stingray, metal, and different wood grains. They all look absolutely stunning!

Yesterday, I spent a good amount of the day in Little Tokyo. I was mostly there to check out Little Tokyo Design Week and to support my friends, We Are Matik, who were exhibiting in it. But since I figured I was there, I decided to do some shopping while I was at it.

So here's what I bought: 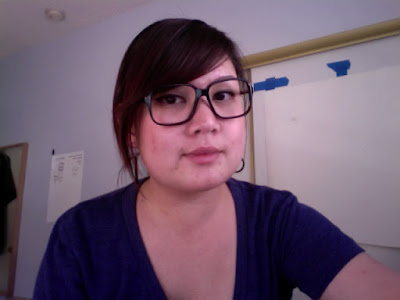