Today, while channel-surfing, I desperately landed on mtvU—a channel aimed towards college students. There were just playing a two hour block of music. Most of the time they'll play things I actually like. I left it on for a while…until this video came up.

I remember listening to American Football when I was in high school; in the early 2000s. This single was released in 1999. Their record company, Polyvinyl just released a deluxe edition of this album a couple of months ago. I don't know if it was their way of celebrating the 15th anniversary or not, but it sure made me feel old. It made me wonder, "Do college students actually listen to this stuff?"

Sometimes I wonder how many of you actually read this blog. I've been pondering and there's a possibility that I might stop blogging here. I haven't really decided yet but I've been spending more time on tumblr again. It just makes things easier sometimes. I might just leave this blog here and update it occasionally, but most new posts are over on tumblr.
Tags: blog
0 comments 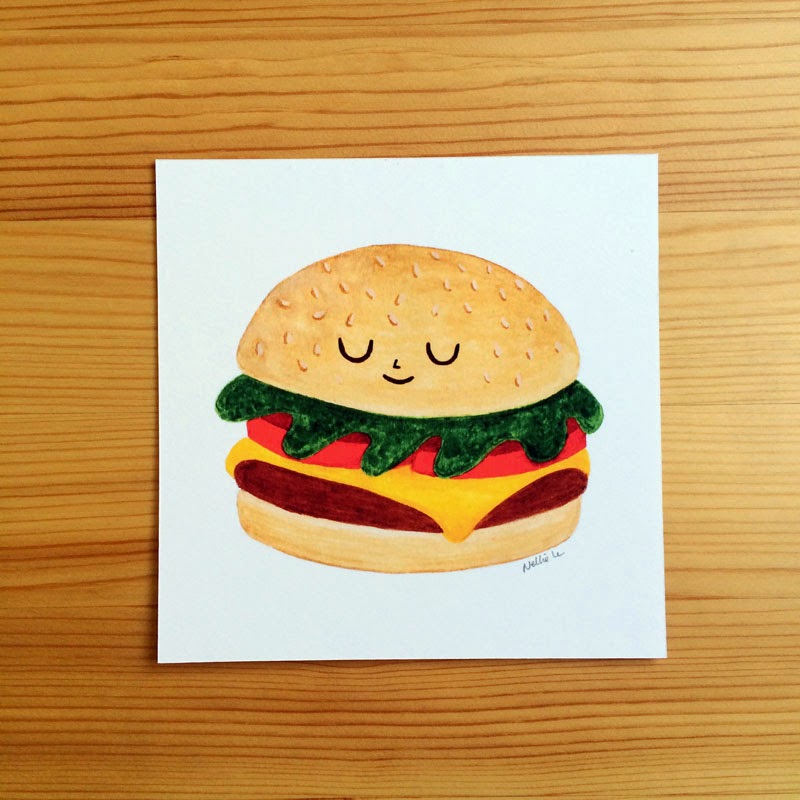 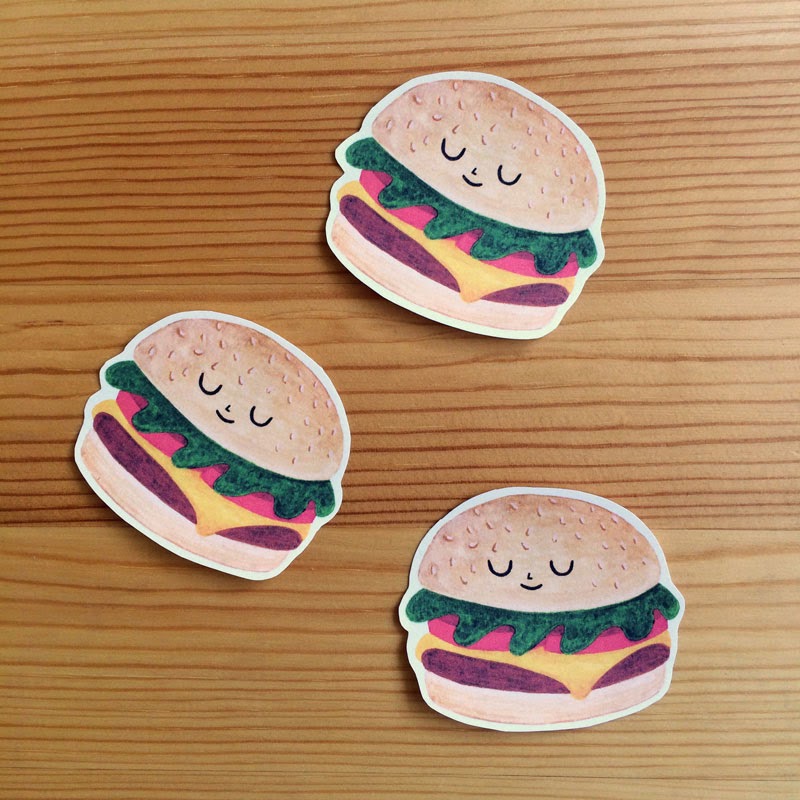 Added some new stuff to the shop today! Meet Burger Dude, he's available as a 5x5 print or as a sticker!

I've been working on some new stuff for the upcoming Artist Walk at The Community in Anaheim. It's this Saturday, July 19th 6–9pm. Come by and say Hi! I'll have some prints & cards for sale and I'll also be doing some live drawing/painting.

One of the newer prints, that will be available on Saturday, is this Bunny Boy. For those of you not in the area, he's already up in the shop! 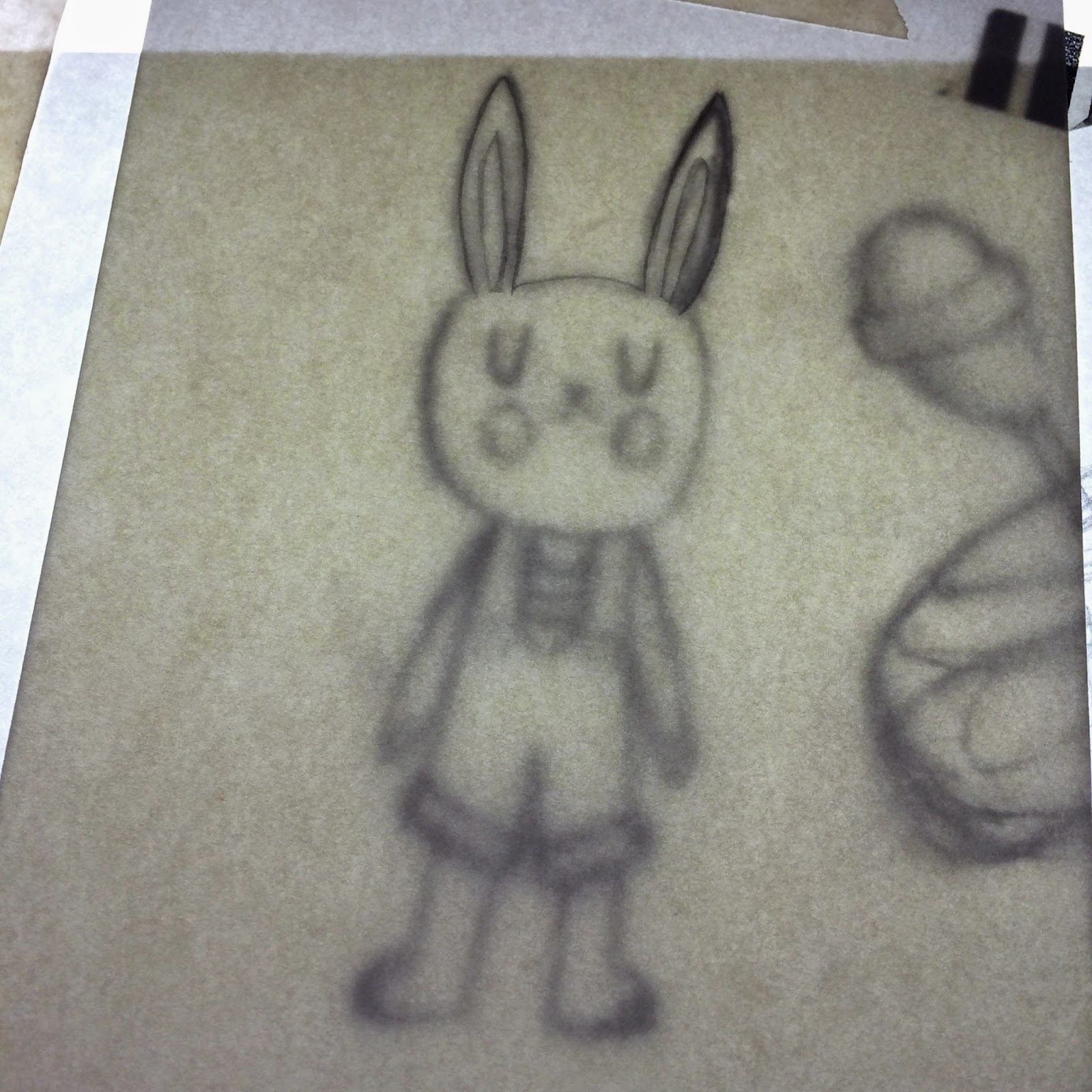 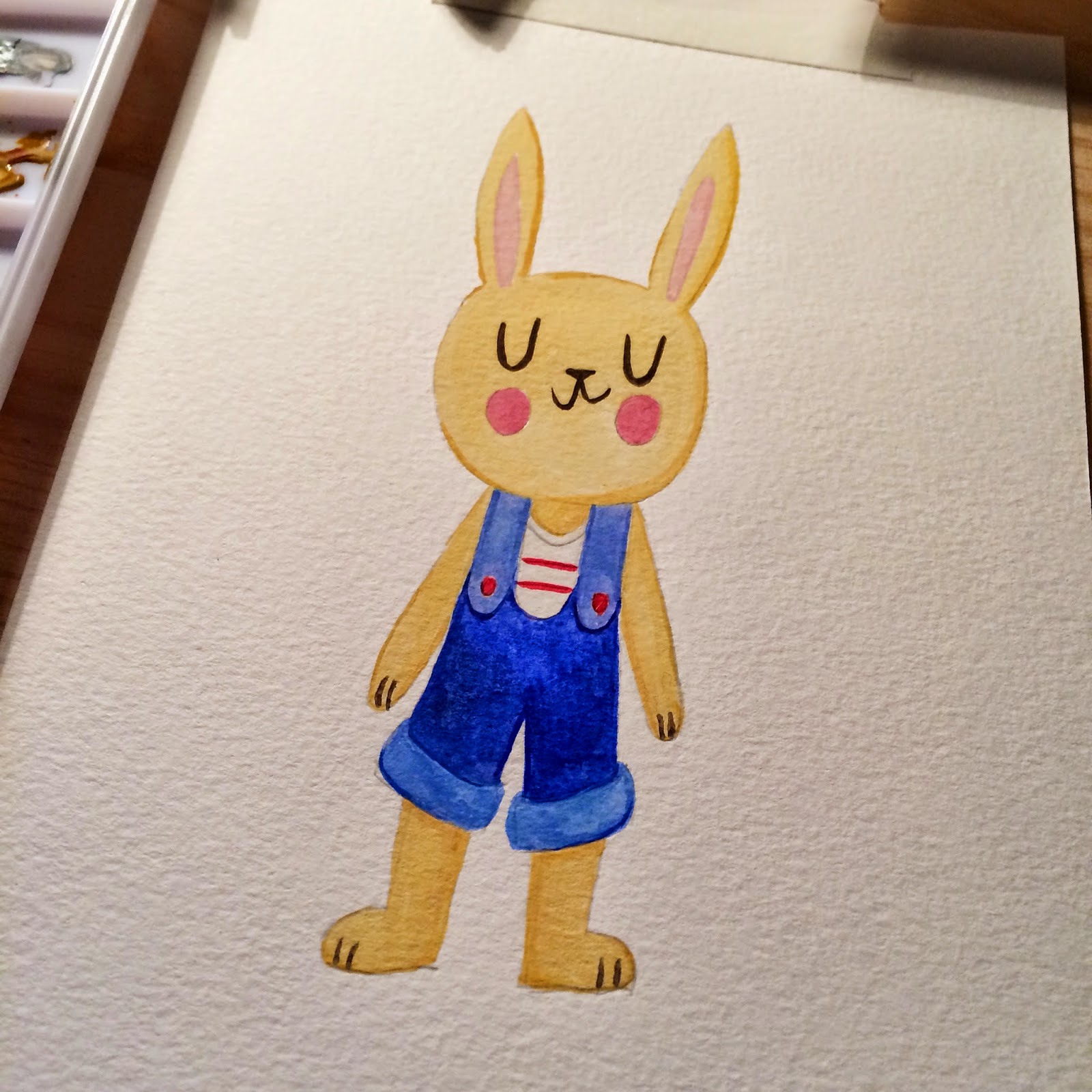 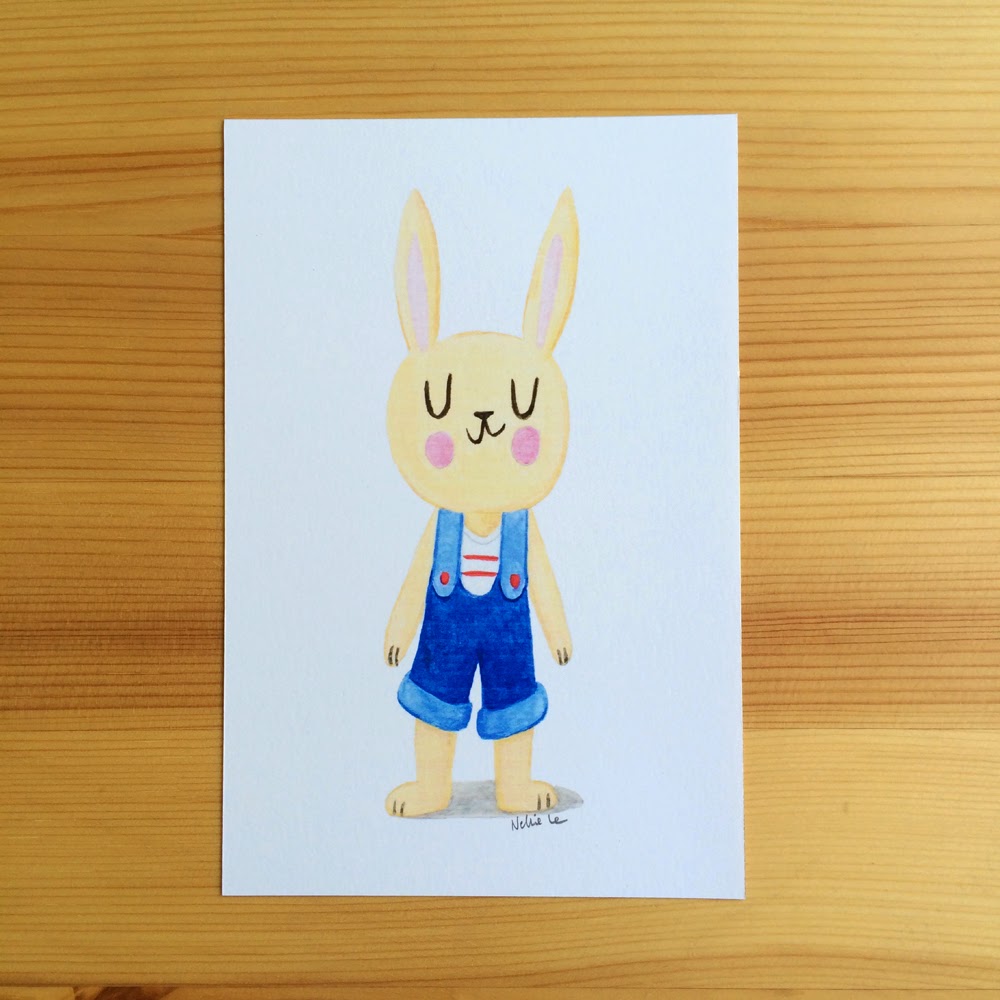 Hey Peeps,
I’m not going to be at any of the Renegade Craft Summer shows this year. I decided to sit it out to save my energy for the Holiday shows. In the meantime, I’m going to have a quick little Studio Sale in the next week or so. I’m going to have some small, affordable originals for sale.

I was flirting with the idea of doing a flash sale on Instagram, but I like running it through a shop so people can shop at their convenience and also not have to wait on PayPal invoices. Now I’m just trying to decide if I want to have it on the main shop on bigcartel or if it’s going to run separately on storenvy. Chime in if you have a preference.
Tags: news , shop , upcoming sale
0 comments