Come On, Get Happy

A couple of days ago, I checked out Stefan Sagmeister's new show appropriately titled The Happy Show. 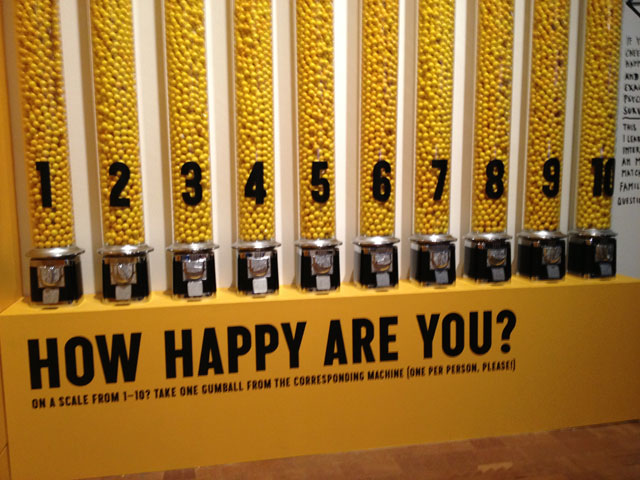 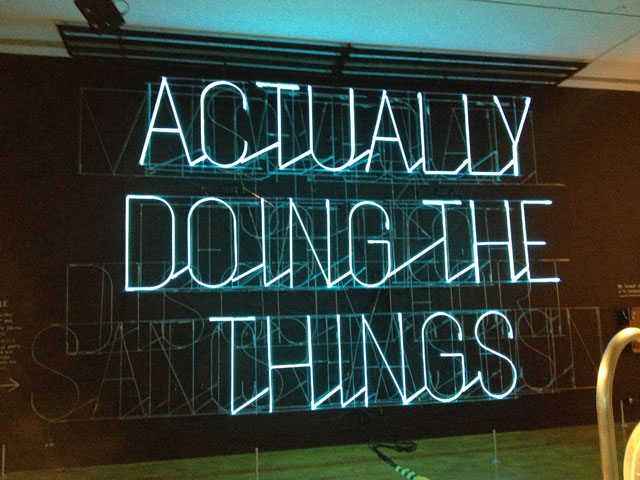 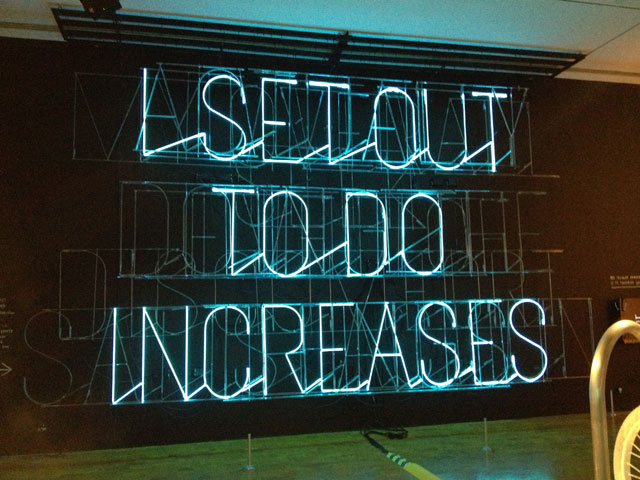 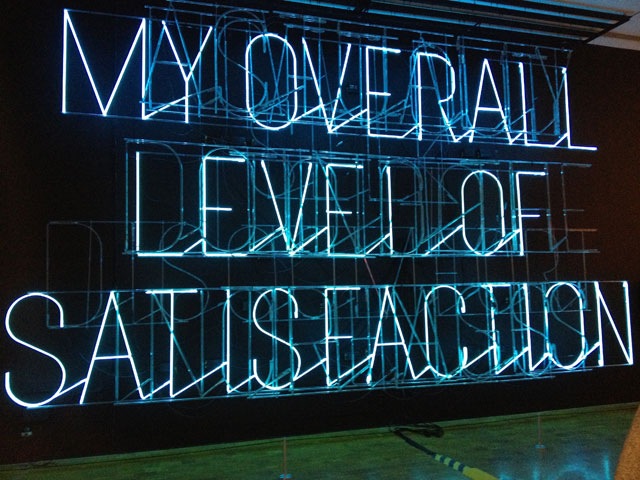 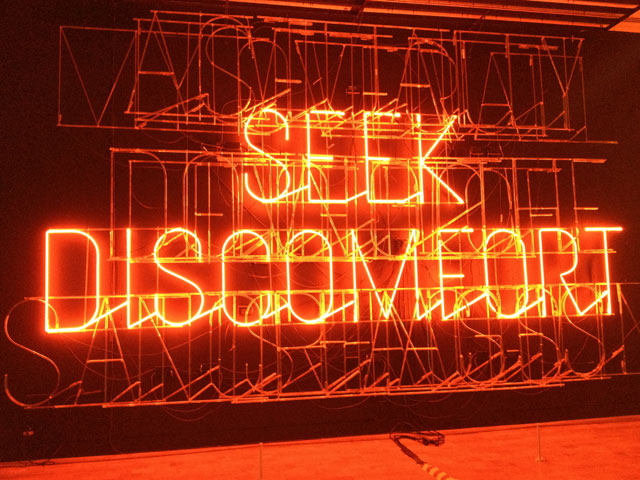 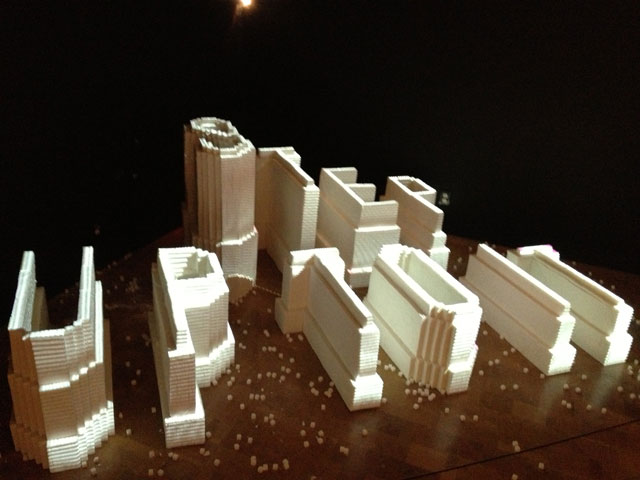 The show is currently up at MOCA's Pacific Design Center until June 9th, 2013.

This show (oddly enough) came around at just the right time in my life. Earlier in the day, I had lunch with my friend Michelle Romo (of CROWDED TEETH) and we were talking about our career choices. What we have in common is that we both want the same end goal: To work for ourselves & build something for ourselves. It all comes down to happiness and what makes us happy is doing the work we want to do.
Tags: stefan sagmeister , the happy show
0 comments

Two days ago, Minneapolis-based shoemakers Ina Grau officially launched their website & online store. I've been obsessed with their shoes since Whitney from Myrtle introduced me to them. I've been patiently waiting for this day to happen and it finally has! Their shoes are limited edition and made by hand in the USA & Columbia. Take a look at their small but gorgeous collection!

Today, I stopped by Q Pop to check out the Human Flower show since I missed the opening yesterday night. The show featured work from Naoshi, APAK, Minifanfan, (three artists who I totally love!) and a few others. While I was there, I picked up one of Naoshi's Sunae (Japanese sand painting) kits. I first saw these Sunae kits in San Francisco at New People, but wasn't interested in any of the available images. Q Pop had this ‘Bear Office Worker’ kit and I had to get him. He just looks so smug like he's too cool to be working in an office.

Each kit comes with instructions, a sheet of newsprint paper to use as a work surface (folded with the instructions), pre-cut artboard with an adhesive surface when the top layer is peeled off, 3 colored sands, a toothpick, and a ribbon twist-tie (I still don't get why this was included). 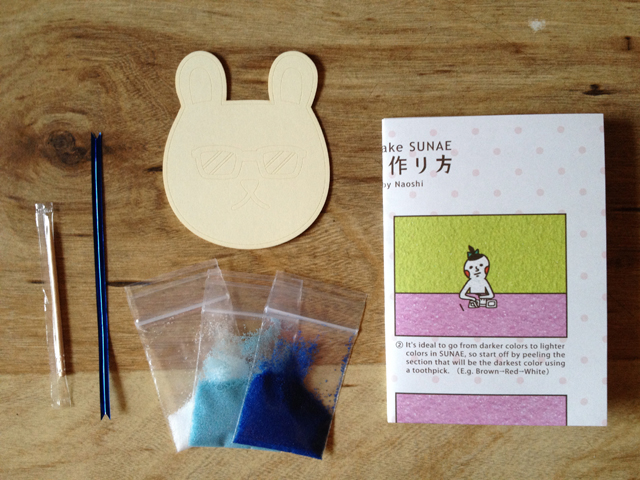 This kit makes it pretty easy to make your own Sunae. I would say the most difficult part is peeling off the top layer with the toothpick to expose the adhesive. The artboard looks like it was cut with a laser cutter and in some areas, it didn't seem like the top layer was cut all the way through. So in the detailed areas (mostly around the glasses) it was difficult trying to peel only the area that needed to be exposed for that color. 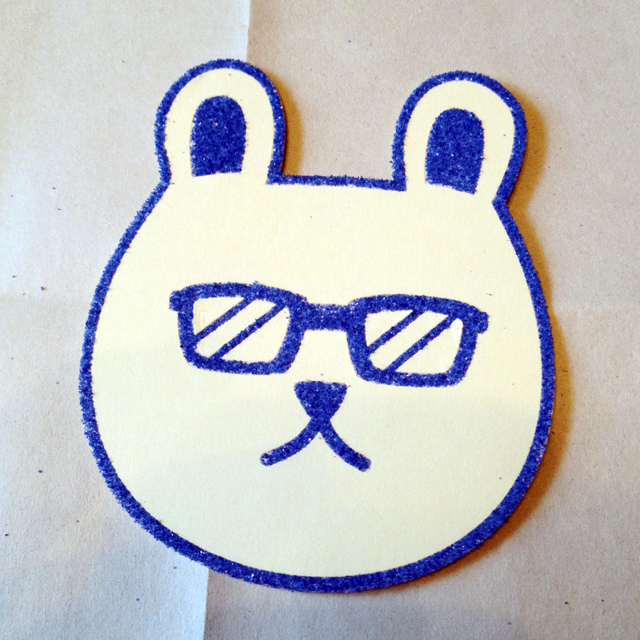 And in about 30 minutes, I had my very own Sunae. 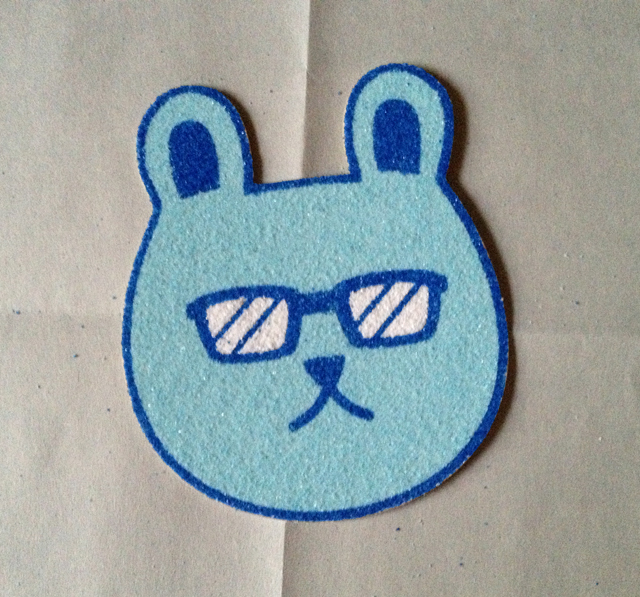 This was a fun little activity to do on a Sunday afternoon. I'm thinking of going back and picking up a couple of kits for my nieces, because I know for a fact that they can't get stuff like this where they live. Not to mention, these are totally cute!

Current Tunes: "Out of My League" – Fitz and The Tantrums

I have never been a fan of Fitz and The Tantrums, but their latest single "Out of My League" is too catchy to pass up. I think it also helps that when I first heard this, it didn't sound like them. To me, this track kinda sounds like a mix between The Bravery, The Killers, and maybe The Rosebuds? In some ways, it reminds me of David Bowie's "Modern Love"…if it was slower.

This week has been pretty busy. Early in the week, I got a wholesale order from Rare Device in San Francisco. I'm so happy and excited that they want to carry my journals in store. So I had to quickly make a batch of 25 journals, each made by hand. Hopefully, this is a good beginning to a future list of great stockists. Then yesterday I got a call from a new client who was referred to me by my friend Leanna, so now I have that project on my plate as well. But luckily, the order for Rare Device is being shipped tomorrow.

This track has been the perfect track to leave playing in the background. It's catchy and upbeat enough to keep me going, but repetitive enough that I can ignore it. It's easily one of the least memorable songs I've ever heard in my life. Honestly, once it stops playing I can't even remember what it sounds like. A that's a weird phenomenon that's never really happened with any other song for me.
Tags: fitz and the tantrums , music
0 comments