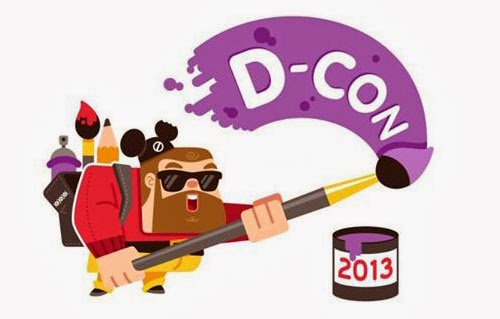 I'll be at DesignerCon this year for the first time ever! We were initially on the waiting list but we found out two weeks before Kevin was leaving for his Malaysia trip that a spot opened up. Due to the short notice, I will be splitting the booth with my friends Beverly and Janet. Kevin's Meu stuff will be there, but he will not (he's still in Malaysia). This is also going to be the first time I'm vending as myself (and not as Quiet Tiger). This is part of an effort to promote myself more as an artist/illustrator. I've been working really slowly on my illustration stuff and personal work over the past few months but with DesignerCon just days away, I'm really forcing myself to focus and get work done. I don't have time to put together the zines I originally had planned, but I will have a few new prints. If you follow me on Instagram, you may have seen some work in progress. I'm not sure how many new prints I will have yet…it's definitely going to be a SURPRISE! But here's a peek at the newest one:

This print is also available in the shop.

So if you're in the LA/Pasadena area, stop by and say Hi! DesignerCon is this weekend Nov. 9th & 10th at the Pasadena Convention Center. I'll be at booth #614!