Tonight, I cranked out some new buttons featuring my Lucky Cat! They're now available in the shop! 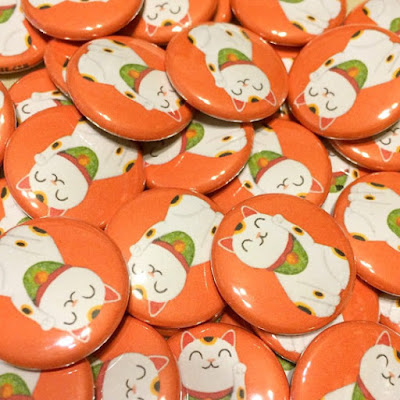 We (Kevin, actually) also just ordered a new button maker. We're upgrading to 1.5inch buttons! That means we can finally put more detailed images on buttons. All my previous designs that didn't make the cut (because they looked like crap on an 1inch button) now have a second chance. I'm just super excited about all the new possibilities that come with a bigger image surface. So stay tuned for more new stuff!

The Last of the Burger Prints 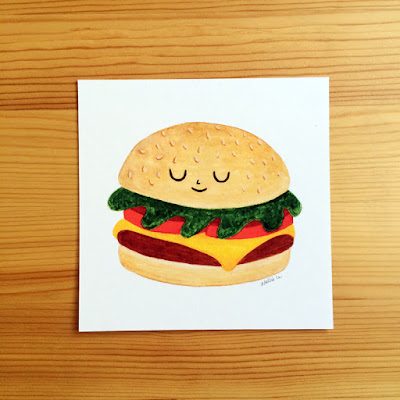 I'm discontinuing my Burger Dude prints. I have only two left! AND they're on sale for $5! You can get them here in the shop!
Tags: burger , print , sale
0 comments

I recently added this little guy to the shop. I'm starting to explore working in shapes instead of lines. Some of that is evident in my rough sketch for Wonderland Art for Animals. 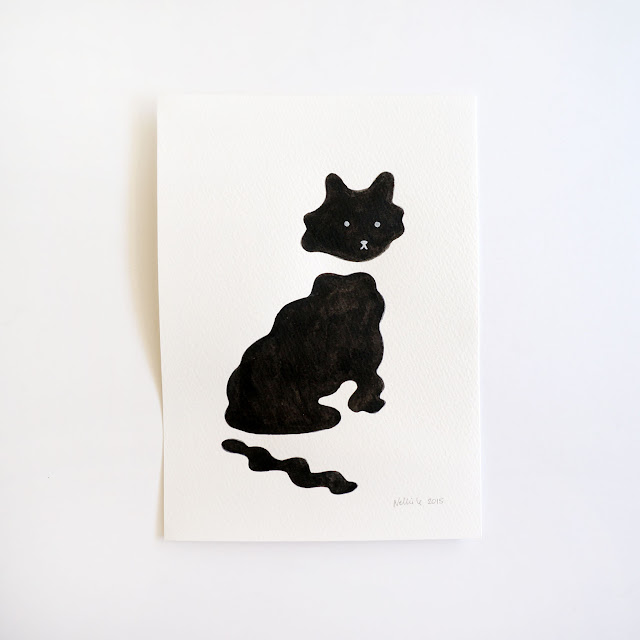 If you want to give this guy a home, he's available in the shop.
0 comments

I've been trying to think of what kind of piece I want to make for the upcoming Wonderland Art for Animals show next month at Leanna Lin's Wonderland. I sat down on Tuesday determined to at least start on something for the show. But I scribbled and scribbled and got absolutely nowhere. Everything I drew just wasn't doing it for me. So tonight, I thought to myself "What's going to make this piece feel like me?" And out came Skip-It! You know, that toy that could've been mistaken for a weapon if used the wrong way. My nostalgia for the 90s always finds some way to seep its way into my art and I have absolutely no problem with that! So here he is, a sketch of my piece tentatively called "Skip Skipping Skip-It". 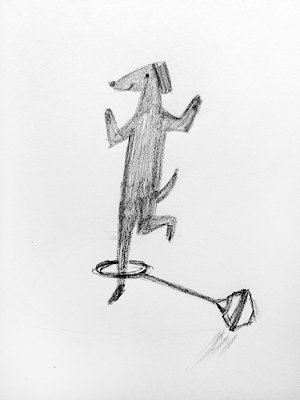 Ok peeps, so those of your who have been following along have probably noticed I’ve been posting a lot of affordable originals lately. For lack of a better term, I’m spending this time trying to “figure my shit out”. I’ve been doing a bunch of smaller pieces to try to figure out my creative voice, but also to see what kind of images people respond to.

I haven’t really released any new prints yet this year and have only release maybe two greeting cards. I would like to make tote bags again and other objects, but I need some funds to make it happen. So hopefully, they’ll be available in August/early Fall.

Also, the only show I will be vending at this year is DesignerCon. I know, putting all my eggs in one basket isn’t a good idea. But we (Kevin & I) don’t feel strongly enough about any of the other local shows to fork over the booth fees. (for those of you who don’t know, vending at a convention or craft fair runs between $300–600 in fees)

But hey, if you know of any shows local to the LA area that you would like to see me at, let me know! 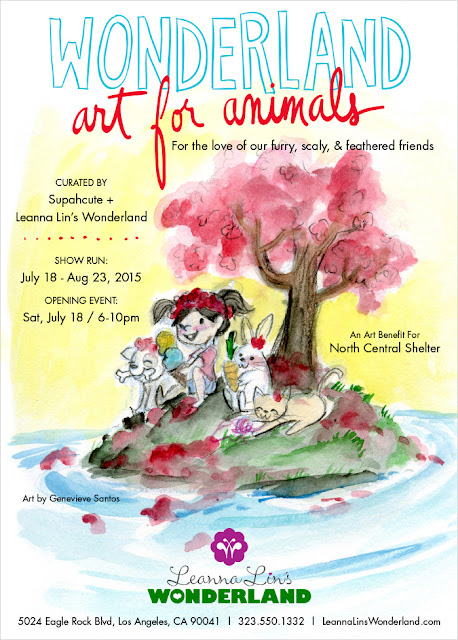 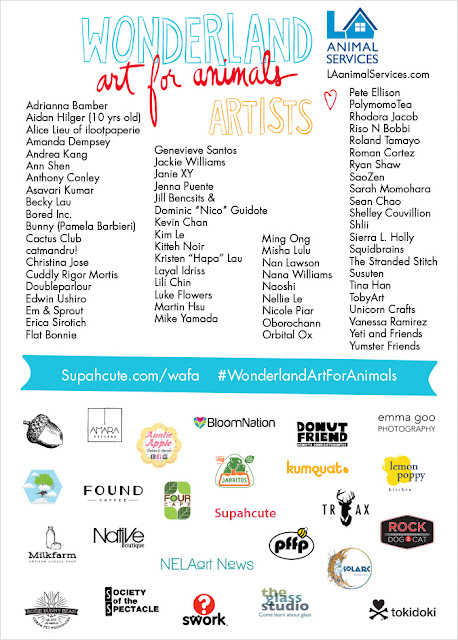 Mark your calendars, about a month from now is the Wonderland Art for Animals charity show at Leanna Lin’s Wonderland. It’s a cash & carry show, and 100% of the proceeds go to support the North Central Shelter. If you live in the area, get there early! Last year, I showed up maybe around 8 or 9pm and most of the pieces had sold and there wasn’t much left to look at. There’s more info on the Facebook event page.
Tags: charity , exhibitions , shows
0 comments